Madonna and her kids visit Malawi over New Year's

Madonna is ending the year on a high note — with her children, giving back.

The nonprofit aims to educate and support health services for countless orphans and children in the country. Madonna adopted the four kids from Malawi, bringing home David in 2008, Mercy in 2009, and the twins in 2017.

"Back that up to the Beat……in Malawi 🇲🇼🖤🇲🇼❤️🇲🇼💚 streaming on all platforms now !! @raisingmalawi," she captioned the video.

From dancing to photography and soccer, all four kids appeared to embrace being on the trip to the area the singer has previously called a "second home" to her.

Madonna has released Back That Up To The Beat on digital platforms after the track became a surprise TikTok hit.

The Queen of Pop originally released the song on the deluxe 2CD edition of her 14th and most recent studio album, Madame X.

Although made officially available in 2019, the song dates back to 2015 and Madonna has released the original demo, along with a new sped-up TikTok version.

It comes after she recently got in on the action by sharing a clip of herself posing and dancing to the track while sporting a black leather and lace ensemble. 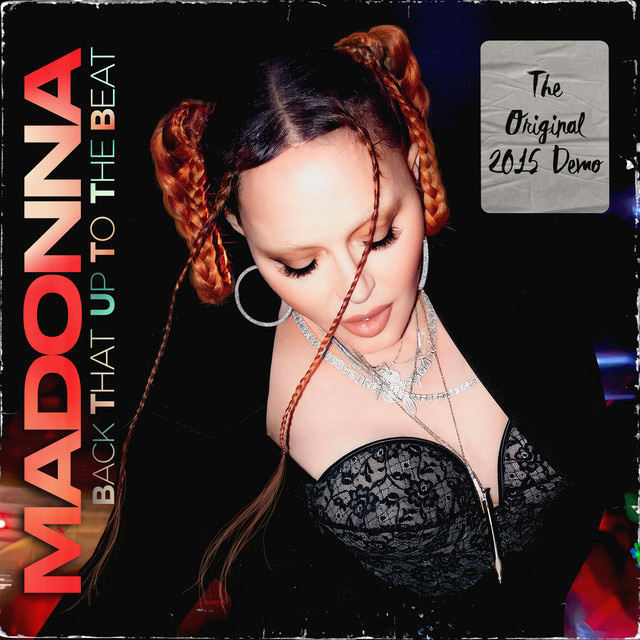 Three versions of the high-energy tune – the 7" version, an extended dance mix and an instrumental mix – are all now available globally.

Madonna superfans rejoice! The Queen of Pop's 1985 hit song Gambler has finally made its global streaming and digital retail debut — more than 37 years after its initial release.

Three versions of the high-energy tune — the 7" version, an extended dance mix and an instrumental mix — are all now available globally on streaming providers and digital storefronts via Rhino and Warner Music Group. Previously, the song (in its 7" version) was only available on the Vision Quest film soundtrack (released by Geffen Records), while the dance mix and instrumental mix were previously available decades ago on physical singles outside of the U.S. Gambler has never been included on any Madonna album.

So why now for this long-awaited debut? "It was Madonna's personal request," according to a representative at Rhino. It's the latest release in the ongoing catalog campaign announced in 2021. While Gambler is the final Madonna reissue from Rhino/Warner in 2022, Rhino promises "more fun things to look forward to in 2023" and that Gambler is "just a small glimpse of what fans can expect" next year. 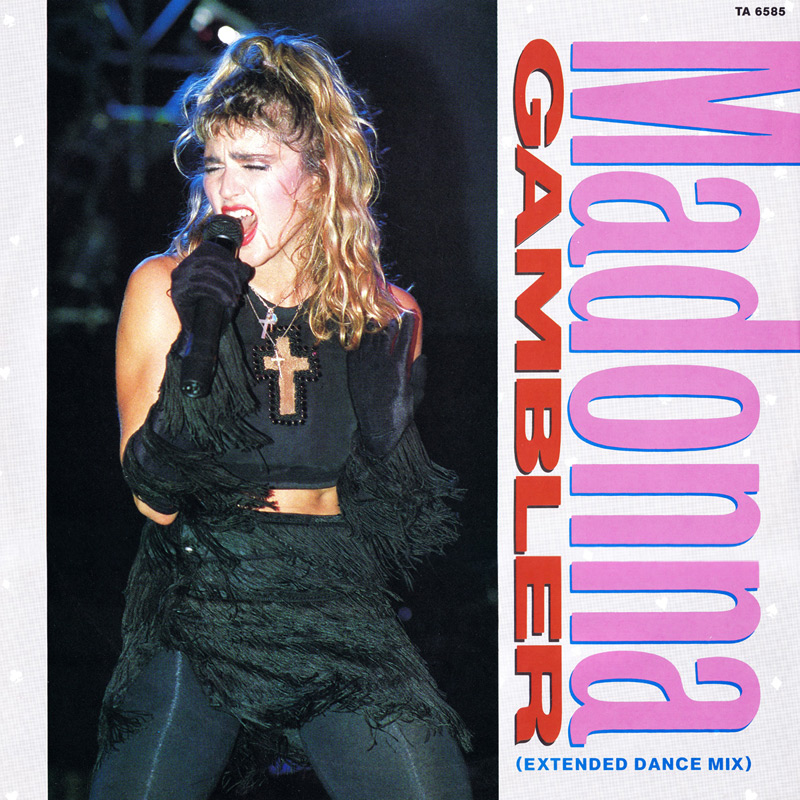 Of note, while there is an official music video for Gambler, it will not receive a remastered digital HD upgrade (as some of her videos have garnered in the past). And there are no current plans to issue Gambler on physical single formats – such as a 12" vinyl single.

Gambler – written by Madonna and produced by John "Jellybean" Benitez – was one of two songs Madonna contributed to the Vision Quest album. The other was her Billboard Hot 100 No. 1 hit ballad Crazy for You, also produced by Jellybean. (Madonna has a cameo in the film as a club singer, and she's seen performing both songs briefly in the movie.)

While Gambler was never released as a single in the United States, it was a hit outside America, reaching the top 10 on Billboard's European Hot 100 Singles chart and on the U.K.'s Official Singles Chart.

Though American fans did not get a proper single release for Gambler, an official music video was played by U.S. MTV in 1985 from late January through late February, and again from late June through early July. Fans who attended Madonna's The Virgin Tour concert that summer also saw her perform the track live. The trek was commemorated on the longform home video Madonna Live: The Virgin Tour, which was released in November 1985. The Virgin Tour spent five weeks at No. 1 on Billboard's Top Music Video Sales chart in early 1986.

Some might wonder why Gambler was not released in the U.S. as a single, considering how popular Madonna was in 1985 (she was No. 1 on Billboard's year-end Top Artists chart). Madonna had an abundance of popular new songs that year – but only half of them were on the U.S. version of her then-current Like a Virgin album. In 1985, Madonna released a total of six singles outside of the U.S. – three songs from the Warner Bros. Virgin album (Material Girl, Angel and Dress You Up) two from the Geffen soundtrack Vision Quest (Crazy for You and Gambler) and the non-album track Into the Groove (from the film Desperately Seeking Susan). Of those, four were released as proper singles in the U.S.: Material Girl,Crazy for You, Angel and Dress You Up. (Though, Groove was also the B-side of the U.S. 12” single of Angel.)